Anniversaries are a very special time in our lives and should be celebrated. The State and Federal Governments in Australia have an arranagement to properly recognise certain anniversaries by way of messages from elected leaders and officials.

My office can assist with an anniversary message. Don't hesitate to get in touch.

What are anniversary messages?

Australians celebrating a special birthday or wedding anniversary can receive personal congratulations from the Prime Minister, Governor-General or The Queen.

The Prime Minister's messages are printed on a four panel gold card with a personalised certificate insert. The card has the first two verses of the Australian National Anthem printed on the inside back panel, the Commonwealth Coat of Arms on the back and the Prime Minister's monogram on the front cover. When folded, the message fits inside a C5 envelope.

Note: Messages from The Queen can be arranged for couples or individuals who did not receive a message on their 60th wedding anniversary or on their 100th birthday, as the case may be.

How to arrange the message

You can arrange an anniversary message through my electorate office.

If you are applying for a message on behalf of a relative or friend who lives in another electorate, their local federal member will be notified so they can send a message too.

Where appropriate, your request to the Prime Minister will be passed on to the Governor-General and The Queen so you only have to make one application.

To arrange a message from the State Premier you should contact the office of your local state parliamentarian.

When to arrange the message

You can make arrangements for anniversary messages up to two months before the celebration.

You can request a belated message up to one month after the birthday or wedding anniversary has passed.

For eligible occasions, requests received within six months after the occasion will be passed to Government House in Canberra for their consideration for a belated message from The Queen.

Where will the message be delivered?

Anniversary messages can be delivered directly to the recipient or to a care-of address for surprises.

Information courtesty of It's an Honour and the Department of the Prime Minister and Cabinet. 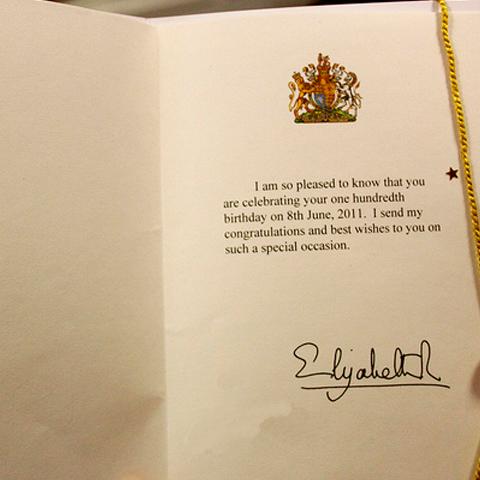